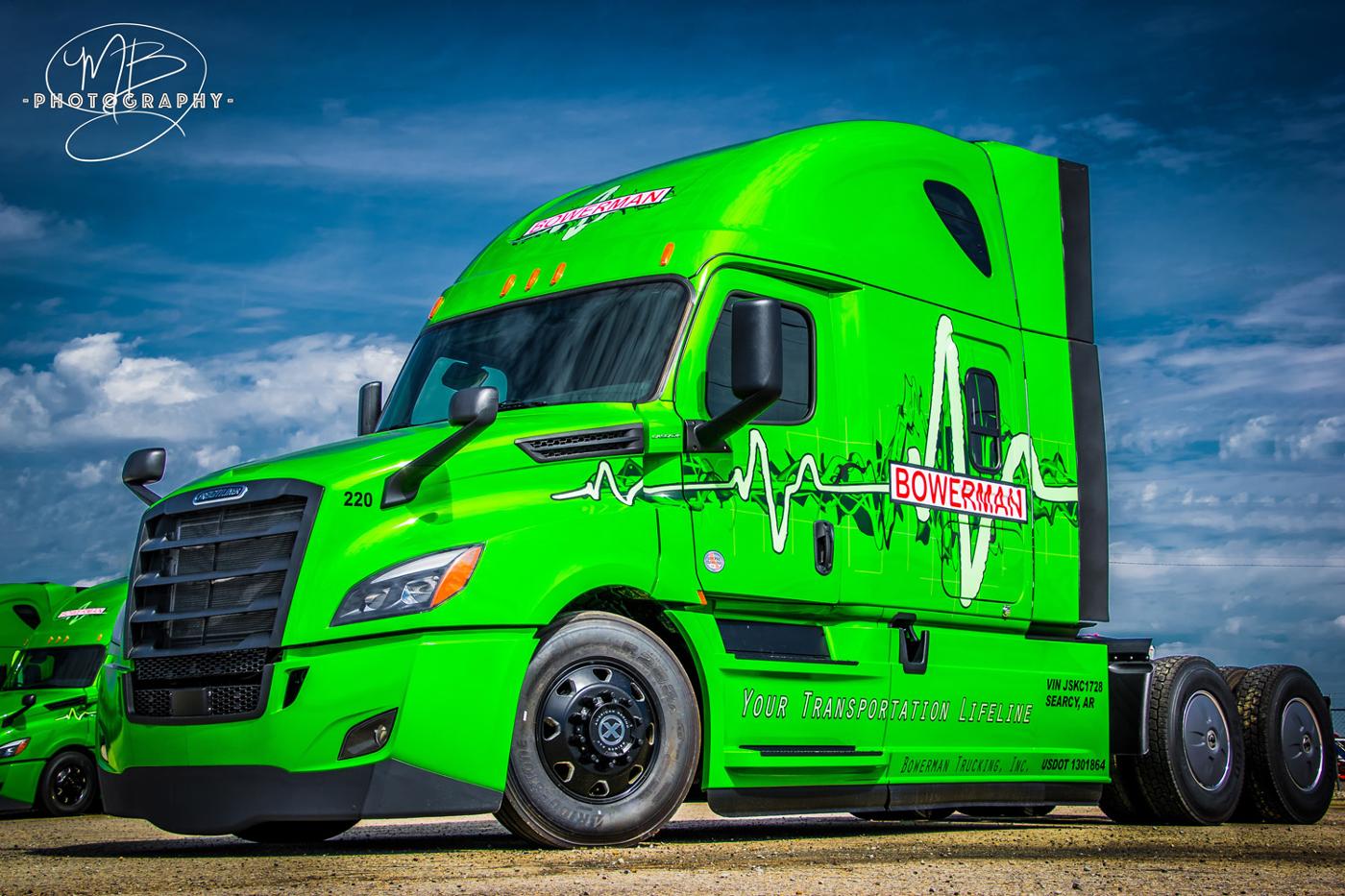 ATX Wheels and Bowerman Trucking Know You Never Get a Second Chance to Make a Great First Impression.

Matt Bowerman of Bowerman Trucking, Inc. is on the prowl.  He wants to attract the best drivers available for his fleet of 63 company-owned tractors — including 11 new Freightliner Cascadias.

Part and parcel of his recruiting efforts are making sure his big rigs look as good as they work.  That means equipping as many as possible with American Racing ATX wheels.

“We recently went to a Freightliner presentation in Denver and I saw a Cascadia with the new ATX Octanes,” he said.  “It had the black grill, no chrome, the satin black/milled wheels. I just loved it. The truck looked so aggressive and powerful, so that’s the direction we went.”

Matt is not committed to being a one brand company, knowing that competition among big rig manufacturers is always improving the breed. He’s also aware that to attract and retain good, quality drivers, i.e. men and women who will be proud of Bowerman Trucking toward taking better care of both the equipment and the company’s reputation, they need to create a great first impression.

ATX wheels from American Racing are just the ticket.

A little history:  Jimmy Ray Bowman was a happy, successful independent trucker who, after being diagnosed with diabetes, stepped out of the cab in 2005 and formed Bowerman Trucking, Inc. as his own operating authority. He learned how to maintain and repair the equipment, the ins, and outs of billing, parts, and administration, and with the help of his 14-year old grandson, Matt established his company as one of the very best in the South for both drivers and customers.

“Grandpa started and ran the company according to family values, that was my first impression,” said Matt, “and today we’re proud to run it the exact same way.  Professionally, with integrity, and making sure everyone involved is treated right.”

“When I first came on board I was just doing paperwork,” he added. “I worked part-time when I was in college and graduated with a degree in nursing but never even tried to get a job anywhere else. I wanted to be in the trucking business, as did my brother later on after my grandfather started cutting back on his involvement.”

Jimmy Matthew Bowerman and his brother, Jacob Mitchell Bowerman are now in charge of Bowerman Trucking, competing in one of America’s most challenging and difficult industries from their base in Searcy, Arkansas. And the road hasn’t been easy.

In 2009, like many trucking businesses affected by the ‘crash’ they had to deal with increased competition from south of the border, rising fuel costs and the occasional crisis that resulted from other’s mistakes.

“We had an agent who was brokering freight for us,” added Matt, “and he decided to go rogue with the result being the loss of a trailer with $2 million dollars of stolen cell phones.  Others weren’t maintaining their equipment and we lost our safety rating.  But we covered the losses, got our rating back and showed what kind of people we were.”

From previously operating out of their grandfather’s two-bay shop on two acres of land, Bowerman Trucking now has an expansive nine-acre yard, completely fenced with the latest in electronic security and guards. They have six bays, four that are pull-through and 32,000 sq. ft. of shop space.  They also have a 3,200 sq. ft. driver’s lounge with comfortable furniture and big screen TVs, a kitchen and shower facilities, free laundry facilities and all the comforts of home.

“Some of these drivers on a 10-hour break are happy to stay with us,” said Matt.  “Unless there’s some emergency where they absolutely have to get back for, they prefer our kind of hospitality over an unnecessary trip between shifts.”

“Our end goal is always keeping my trucks full and rolling,” he said.  “I want to have a line of drivers waiting for an open truck.  I want to be the company that everyone else wonders why we’re so popular while others aren’t.  The ATX Octane wheels from American Racing are an example of our attention to detail and us going the extra mile to promote our brand.” 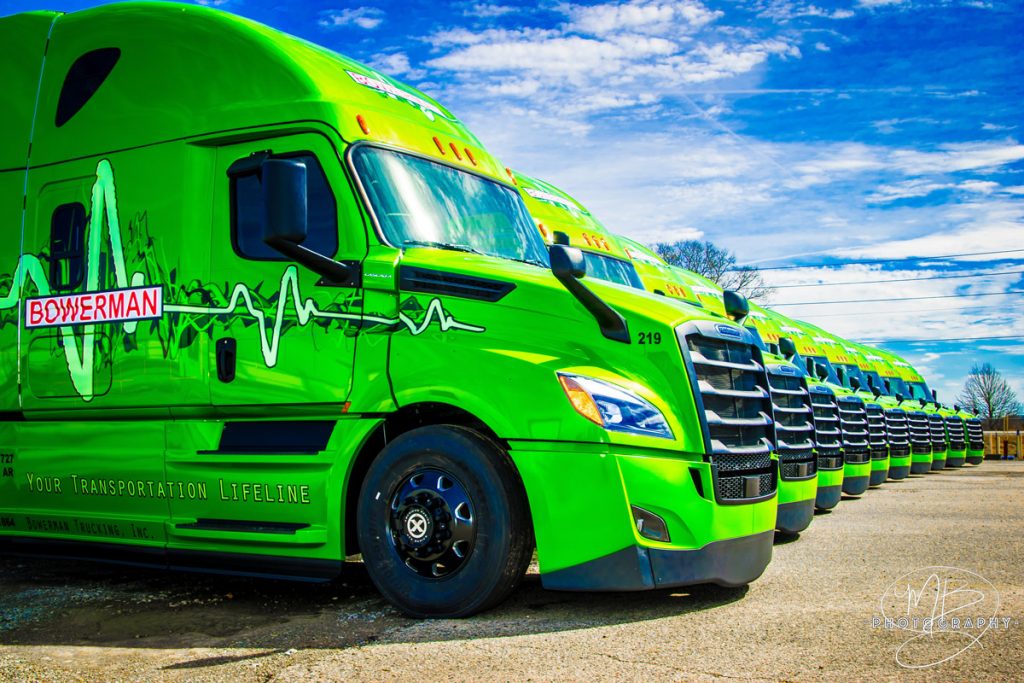