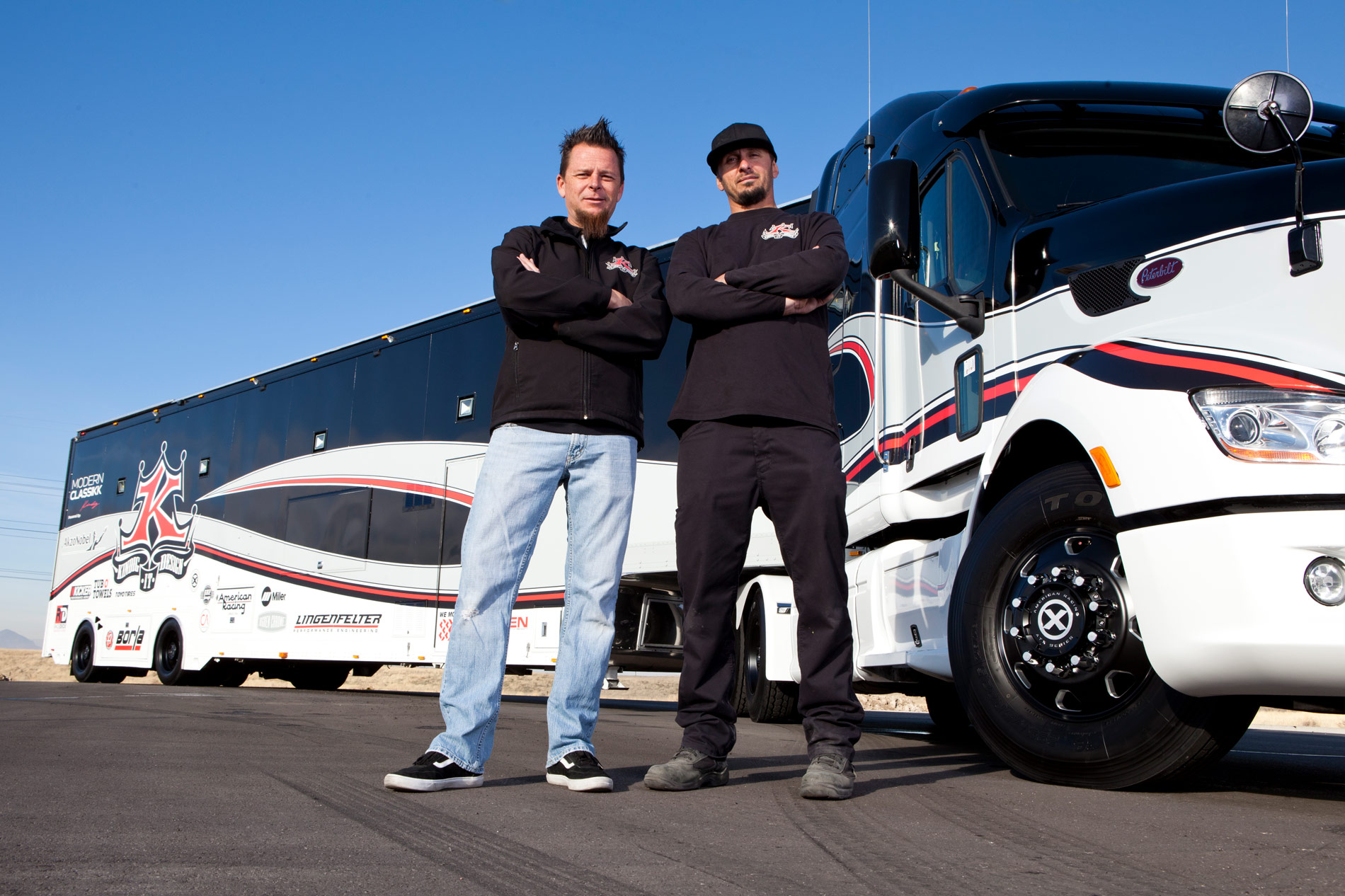 Dave Kindig, owner and operator of Kindig-It Design in Salt Lake City, creates one-of-a-kind custom vehicles for the one percenters. His company picks up, transports and delivers cars and trucks via a Peterbilt tractor-trailer that rides on ATX wheels from American Racing.

“Every car we build is 100% custom, and each car’s wheels are an important part of an overall concept that makes them bitchin’,” said Kindig. ‘My hauler needs to be bitchin’ too, which is why we run ATX Octanes on all 18 wheels.”

“ATX wheels are quality forged 6061 alloys,” added Kindig. “The strength to weight ratio is unreal, they’re durable and they look really bitchin’ – what else can I ask for?”

At this stage of his career, Kindig can ask for just about anything he wants. His shop’s activities and creations provide content for The Velocity Channel’s smash hit reality show, Bitchin’ Rides.

“It’s been 19 years since we started,” said Kindig, “building classic cars, muscle cars, and hot rods, not just restoring them but completely modernizing them, from the ground up.  No detail is too small, and we make no compromise inside or out.  When we’re done, our customer has a ride that’s not only badass’ but one of a kind in all the world.”

Kindig is truly an American success story. He started drawing cars when he was five, growing up as “just another welfare kid raised on the wrong side of the tracks in Salt Lake City, Utah.” He’s had a passion for cars for as long as he can remember and is self-taught in art, fabrication, body work and paint.

“Word got out when I was building stuff in my garage,” Kindig said. “It was my hobby when I was working full time.  Then somebody noticed one of my drawings and asked if I’d ever thought about drawing cars for magazines.”

Dave Kindig began doing commission work for car monthlies and periodicals, which led to more freelance work, more custom cars and a spreading reputation for excellence. Soon he realized he could make 10 times what his job was paying from doing what he loved most; drawing cars, designing paint jobs, graphics and building custom, one-of-a-kind cars.

Bitchin’ Rides is broadcast in more than 40 countries, making international stars out of Kindig and his family plus his capable crew led by shop foreman Kevin Schiele, another custom builder who specializes in trucks. The reality-style show, which was created in 2014 is one of Velocity Channel’s most-watched programs. The popularity and exposure has helped to grow Kindig-It Design into a worldwide brand of excellence.